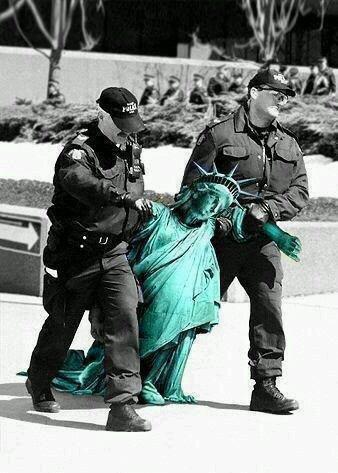 Archive for the tag “Northeastern University”

Israel… The Louse That Roared

BDS…  No matter how loudly the Kings of Israel declare BDS to be a non-issue, the fact remains it scares the excrement from their wretched bodies.

In the past few years, Israel has commissioned studies, convened think tanks and committees and passed legislation in a pathetic attempt to block the inevitable effects of a program specifically geared toward forcing an end to the all too obvious apartheid antics of this US teat addict.  Israel spends large sums of money through its lobbies and wealthy (and quite decrepit) million and billionaires buying the cheap loyalties of politicians around the world (especially in the United Snakes and Hardly Great Britain) who, in servitude, submit (and sometimes pass) legislation that seek to make BDS illegal… or at the very least, punishable by some futile economic tit-for-tat maneuver.

Colleges and other institutions are regularly threatened with funding cuts, lawsuits and other “methods” should they not employ Orwellian curtailment of free speech regarding student efforts to enlist colleges in boycotting & divesting from Israeli companies supporting apartheid and illegal settlements.

Professor Steven Salaita was recently reinstated having won a lawsuit against the University of Illinois after being dismissed (an act condoned by Dem. Sen, Dick Durbin) for expressing his opinions regarding the brutality of Israel against Palestinians in their 2014 assault.

California Dem. Sen. Diane Feinstein and her husband, war profiteer Richard Blum, have actually threatened UC Board of Regents with public harassment should they fail to enact draconian codes prohibiting and punishing free speech based on their perverted opinions regarding the falsely constructed premise of “antisemitism”… one which defines BDS as “anti-Jew”, as well any reflections upon Israel’s political, cultural and internationally recognized as criminal activities in the Middle East… especially, but not exclusively, any comparisons to the criminal activities of Nazis.  There is no doubt that Feinstein and her murder reliant hubby, Blum,  are incensed regarding the consistent resolutions passed over the years in favor of divestment from Israel’s apartheid machinery.  Postponed several times, a new version of the code is expected to be offered in March of this year.

Notheastern University punished their SJP (Students For Justice in Palestine) for an act conducted without University retribution at numerous other institutions across the country… Disseminating a mock eviction notice modeled on those issued by Israel to Palestinians.  Suspended, the SJP chapter was later reinstated.

This is a short sampling of the attempts made by the agents of Israel to curtail free speech where it effects only Israel.  Israel could care less if speech denigrates Palestinians, Iranians, Syrians, Yemenites, etc.  In fact, Israel encourages such things and actually pays Congressmen and Senators to disparage these nations and vote for and support illegal wars against them.

Rep. Sen. Tom Cotton (Ark) received $960,250.00 (“for his Senatorial campaign”) from far-right Emergency Committee for Israel (US) which resulted in his orchestrating a letter signed by 47 Rep. lawmakers attempting to sway votes against the Bill and warn Iran that a future Republican administration (post Obama) would do all it could to squash the deal with Iran and reinstate , and perhaps enhance, sanctions.

Israel sponsors, through its minion lobbies and  “funds”, numerous junkets (all expense paid) for incoming lawmakers as well as candidates it feels certain it can sway toward working for Israel while pretending to work for (and still being paid by) the US.

In election years, Presidential candidates make pilgrimage  to the courts of the billionaires such as Haim Saban and Sheldon Adelson as well to the royal seat of Benyamin “Bibi the Bull” Netanyahu.  Every last one of them desperately seeking far more than a mere photo-op.  The blessings sought are stacks of green paper which they will use for campaigns and lining their pockets.. for which they will gladly sell their souls and sell out their constituencies.

This election season, the cash emboldened cries of the candidates are gushing praises and pledges of support for all things Israel… and especially enacting legislation to stop the BDS movement.  All for naught, as this movement is in the command of minds and people which cannot be stopped by pieces of paper.

Social media fuels the BDS movement and the wallet sustains its efforts as more and more people refuse to purchase apartheid produced Israel products.  Too, the world is reaching a tipping point of tolerance for the brutality, greed and avarice of Israel.  Nations are lining up against flagrant international scofflaw, Israel, and recognizing the rights of Palestine to exist and prosper.

Israel’s economic bottom lines are rapidly dropping and the losses are now undeniably large and looming larger.  Businesses that previously have exploited the labor of Palestinians at factories within the illegal settlements are both moving operations and selling them to escape the writing on the apartheid walls.

The EU, in a small measure, recently enacted its labeling requirements forcing companies within the illegal settlements to label the origin of their products.  In a desperate attempt to counter this, new legislation is being proposed which would require EU product manufacturers, who support the BDS movement and labeling of illegal settlement products, to label their products as being manufactured by BDS supporters.  Quite likely, rather than work for illegitimate Israeli businesses, this effort will backfire against them as EU businesses will simply cease importing all Israeli products (yes, Israel, they will create more jobs in their own countries by manufacturing in their own countries) and cease exporting to Israel ( yes Israel, you are a limited market and not as important to the world as your fantasies dictate).  Please do enact your fool’s legislation. Vote yes … and vote often!

BDS is working so well, Israel is turning into a nation of droolers.  Tissue?